The United State Federal Drug Administration (FDA) recently announced their intention to restrict menthol products and flavored cigars in the U.S. In unveiling their plan, the FDA pointed to a study estimating that prohibiting menthol would lead 923,000 smokers to quit, including 230,000 African Americans in the first 13 to 17 months after a ban goes into effect. Though the policy is a welcome change, it’s expected to be several years before it takes effect.

Learn more about the dangers of menthol and flavored tobacco products -- including the ways they've been targeted towards communities of color and teens -- at www.tobaccoischanging.com. 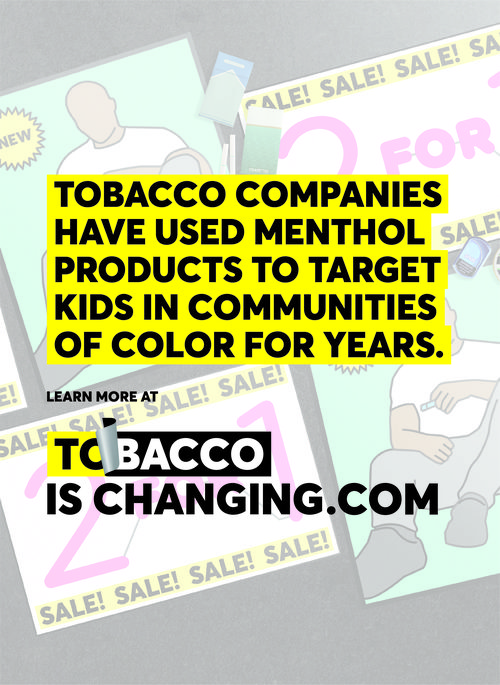