What is Menthol? │ Trends and History │ Targeting and Disparities │ Taking Action │ In the News 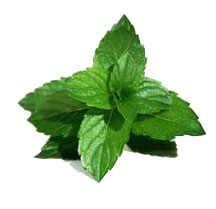 Menthol is an anesthetic that can be extracted from mint plants or produced synthetically. Its minty, cooling effect helps mask the harshness of cigarette smoke and e-cigarette aerosol, reducing airway pain and irritation. Because of this, many people believe menthol products are less harmful. Nothing could be further from the truth. 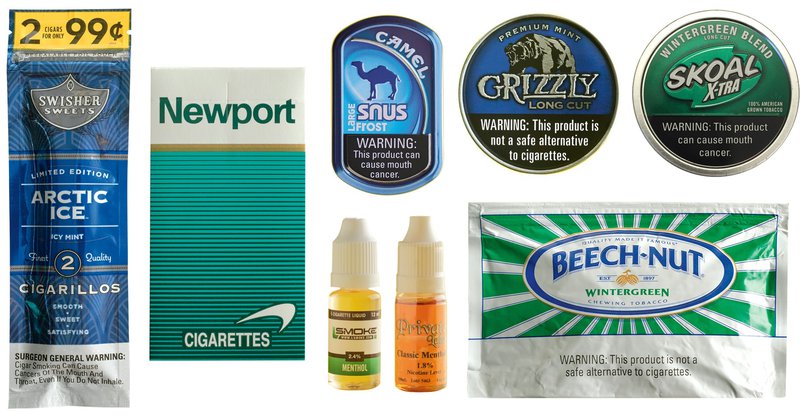 For group-specific trends, see the Targeting and Disparities section of this toolkit. 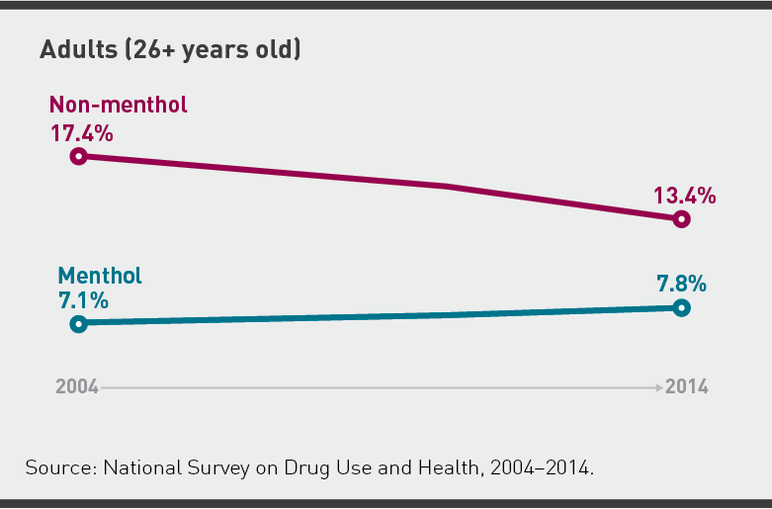 Menthol was first used as a cigarette additive in the 1920s. Although menthol cigarettes started out as a specialty item, targeted marketing strategies helped them grow in popularity. Promotion began with female smokers in the 1930s, and shifted to African American smokers in the 1940s and younger and first-time smokers in the 1970s.1 Since at least the 1990s, LGBTQ communities have also been a target of menthol marketing.

In 2009, the Family Smoking Prevention and Tobacco Control Act was passed by Congress, banning artificial or natural flavorings in cigarettes. The legislation included flavors such as strawberry, clove, grape, and cherry, but menthol was excluded. Although the Food and Drug Administration has regulatory authority on tobacco products, it has not yet taken action on menthol.2

Big Tobacco continues to target particular groups with marketing for menthol products: African Americans, LGBTQ folks, and youth and young adults. This has caused significant health disparities in these groups compared to the general population. If menthol flavoring was banned, many of these disparities could be drastically reduced. 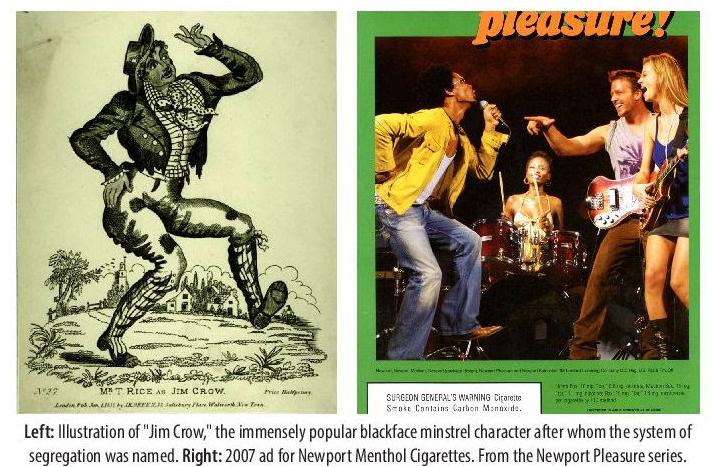 African Americans suffer the greatest burden of tobacco-related mortality of any racial or ethnic group in the United States. Each year, approximately 45,000 African Americans die from smoking-related disease, which is the number one cause of death in the African American community.5

If a menthol ban had gone into effect in 2011, researchers projected that more than 320,000 deaths could have been averted by 2050, a third of them among African Americans.6

Tobacco companies have targeted menthol marketing to traditionally safe spaces for the LGBTQ community, like gay bars and Pride festivals, through event sponsorship and coupons to purchase a pack for just $1 -- nearly 90% off the retail price.2

In the 90s, a tobacco company in San Francisco created a marketing plan to target the LBGTQ community. They called it "Project SCUM."4

Big tobacco also continues to utilize rainbows and "pride" language, particularly in LGBTQ publications, to hook new customers from these communities. They depict tobacco use as a normal part of life for the LGBTQ community. 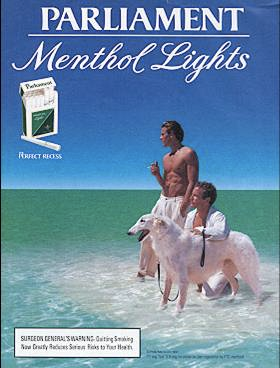 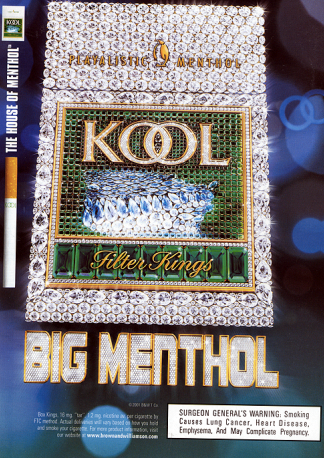 Ad from Out Magazine, 2001. This ad promotes "The House of Menthol." "Houses" have long been a source of LGBTQ social support and entertainment to fill a void when families of origin are not supportive.

There is adequate research to confirm that LGBT people have a unique “cluster of risk factors” that would lead them to have both greater cancer incidence and later stage diagnosis.5 Those risk factors include higher rates of tobacco use, discrimination, lower likelihood of having health insurance coverage, and greater likelihood of having negative experiences with health care professionals.5,6

Flavored tobacco products are highly popular among youth and young adults: Over 80% of youth who have ever used tobacco started with a flavored product.5

Flavored and menthol tobacco product packaging is often brightly colored and placed next to candy in retail environments.6 According to the 2018 WRAP survey, more than 1 in 4 Wisconsin retailers sold tobacco products within 12 inches of youth products like toys and candy.7

Evidence from tobacco industry documents shows that the industry studied smokers’ menthol preferences and manipulated menthol levels to appeal to a variety of smokers, including adolescents and young adults.1 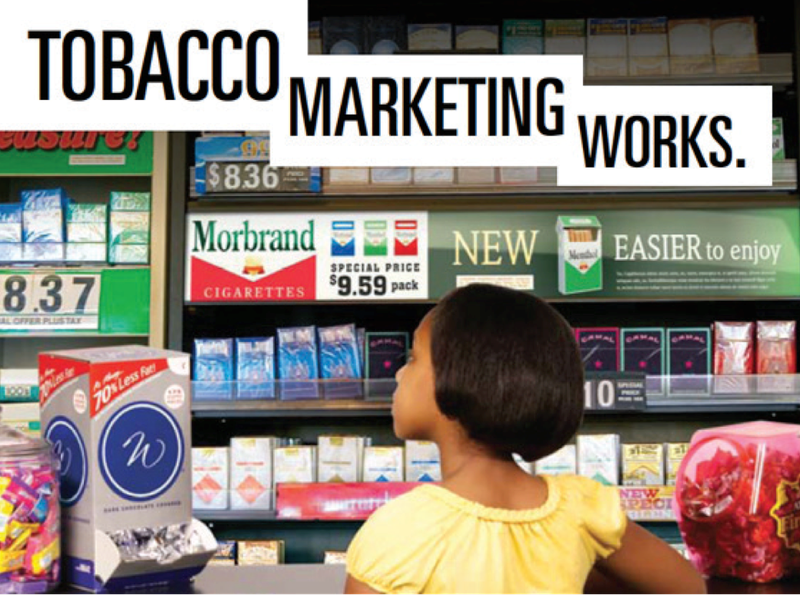 The tobacco prevention and control movement can take action on menthol.